We've Got What You Want! #JanetJackson LEAVE HER ALONE IF U Can't Just Be Happy 4 Her!

CONGRATULATIONS! Give the GIFT of GOLD!

Now on the the BLOG at hand...

On December 25, 2015  Janet Jackson reported that she needed "emergency surgery", in which she did.. Please read the post below that was reported by Cecil G Holmes, aka Pearl Jr.

Above, you will see the COMMENT that I posted concerning the "type" of emergency surgery that she was having - of course, discernment was given to me that Janet was pregnant at that time...


Cervical cerclage is the placement of stitches in the cervix

to hold it closed. In select cases, this procedure is used to keep a weak cervix(incompetent cervix) from opening early. When a cervix opens early, it may cause preterm labor and delivery. If you have an incompetent cervix, your doctor may recommend cervical cerclage.
Cervical cerclage involves stitching shut the cervix, which is the outlet of the uterus. Cerclage can be done preventively at 12 to 14 weeks before the cervix thins out, or as an emergency measure after the cervix has thinned. It is rarely used after 24 weeks.
Cerclage is performed using either general anesthesia or regional anesthesia (such as spinal injection). Usually cerclage is done through the vagina. A speculum, an instrument with paddles shaped like spoons, is inserted into the pregnant woman's vagina to spread the vaginal walls apart for the surgery. The surgery can be done in different ways:
If an incompetent cervix is diagnosed later in pregnancy, the woman'samniotic sac may begin to protrude through her cervix. This may be treated by inserting a thin tube (catheter) through the cervix, then inflating a bulb at the end of the catheter. Another technique involves filling the bladder with liquid using a catheter inserted through theurethra. The full bladder helps to push the amniotic sac back up into the pelvis, and the cervix can then be stitched shut.

Here is another post between myself and a "very close family contact" of hers and myself; however...

12/25/2015 9:22PM
Praying for Janet. Is she having the Cervical Cerclage procedure? Praying that it goes well. She deserves the Best & the best ONLY!
I wasn't responded to, because NO ONE was supposed to know; however, because of the "connection" that I have, I was told about it around December 7, 2015. that she was expecting and was told that she would reveal it in her own time, AND...  actually, it is THEIR business - her family and hers - as to when or "if" they wanted it to be "announced". Pregnancy is on a different plateau and especially when age is a factor... I should know, I had my last two at age 46 & 47.  Her HEALTH is MAJOR concern and I am OUTRAGED at some of the RESPONSES that she has been getting on social media. Because being pregnant is so "delicate", especially when you are up in age and potentially "high risk", you want to keep it as "hush-hush" as possible until you believe that all is well. Of course, no life is guaranteed; however, most Mothers want to at least be assured that they are "out of the woods" and are getting the best possible care - both mother and child ...

Remember, that she DIDN'T "have to" announce the news to anyone; however, because of the love that she has for her fans, she did... I also know that when she STARTED the tour, she WAS NOT pregnant; however, her "biological clock" was "tocking" and I know that she wanted to give her husband an heir. When, well that was all up to JAH - FATHER LOVE, because truth be told, "planned pregnancy" isn't really "planned" - there are many couples who have, tried and planned and planned and tried, and still were not able to conceive and then there are some who can pretty much just "kiss" and voila' ... So to think of even believe that she INTENTIONALLY wanted to "postpone" or even "cancel" any shows is down right insane!

I would love to "see" the ones who are "griping and complaining" walk in her shoes just for 24 hrs, because I know that that would soon be null and void.  Therefore, ease up on the "hate" ... if you can be happy for the "soon-to-be" parents, beware, because "turnabout" is fair play and "Karma"... well she isn't so nice. So many are talking about how the "timing" - how she has had to postpone on a couple of occasions, ok, first of all, pregnancy is one of the most CRITICAL times in a woman's life and given her age, she is definitely in the "high risk" category. Now if you are so cruel as to be so caught up in a "REFUND" other than her and her baby's health and safety, all I can say is ... "WOW" Really, her being pregnant was just as plain as the nose on your face; however, YOU, not Janet... YOU still went ahead an "purchased" a ticket to see her in concert... she didn't "force" anyone to purchase anything and as it goes with ANYTHING that you spend money on that has no "written" guarantee, "buyer beware". 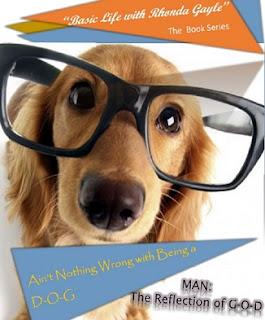 Now before you get all in a "TIFFY" about the CONCERT and your TICKET money, refund, etc., she is just DELAYING the CONCERT... she isn't trying to "flimflam", "bamboozle", or "swindle" you out of your FUNDS - she has more that you probably could ever imagine - Just let her BE the MOTHER she DESERVES to be! And when she DOES come back "CONCERT READY", BELIEVE me, YOU WILL get the CONCERT of a LIFETIME!!!! It will be soooo EPIC!!!!

Peter Midani  & Cecil G Holmes were the ONLY two that I shared through instant message about the type of surgery that she was having, and as for the "throat" issue, sometimes during pregnancy, a woman's thyroid gland enlarges ' therefore, they will do testing to make sure that everything is well with the thyroid gland, because it can cause some serious problems during pregnancy and in the long run.

All it all, just be happy for her, because if you really are a "fan" or shall I say a member of her support system, SUPPORT... support her with POSITIVE energy and well wishes, because such as EVERYTHING in life, this too shall pass.

Here is how TRUE "Fan-mily"  and Supporters of Janet React With the News:

A message from Janet...

#JanetJackson DESERVES to have ALL of the things that LIFE has to offer. She has been through the Storm and the Rain - not to say that most of us haven't; however, for her, her life is displayed on "Front Street". So to +Janet Jackson , honey my spirit and my energy of Positivity are with you and yours! May you and yours be showered with COMFORT, JOY, STRENGTH, HEALTH, WEALTH, WISDOM, KNOWLEDGE, UNDERSTANDING and FAVOR for the NEXT 50 years and BEYOND!

GIVE the GIFT of GOLD 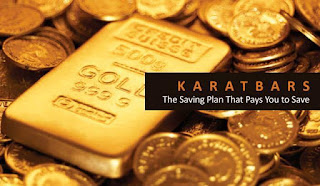 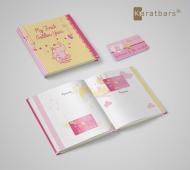 CONGRATULATIONS  Janet,- she will be so LOVED, and may she be showered with Excellent Health, Healthy Wealth, Wealthy Wisdom & Ultimate Favor ... From "Auntie Rhonda Gayle" ... So much love to you ALL!!!!!